Get Up to 20% OFF All Dog Subscription Boxes! + FREE UK DELIVERY
Back to Blog

Britain. A nation of Dog owners and Dog lovers! Dogs are the UK’s favourite pet, but sometimes they can get into a lot of trouble and turn not so adorable. This is the complete guide on how to stop dogs behaving badly, or sometimes VERY badly!

Research shows that in 2020 over a thousand dog owners were asked ‘Would you like to change your dogs behaviour’ and a whopping 75% said ‘Yes’.  Just like humans it’s very easy for dogs to pick up bad habits and to start behaving badly. Possibly very badly. Not only that but most often these habits are picked up by us… the owners.

Some of these new behaviours can be frustrating and annoying. You’re constantly asking how to stop dogs behaving badly. Some of these traits include, jumping up at guests or tugging on their lead on walks. These problems are somewhat easy to remedy with some training. However, other bad habits can lead to dangerous situations for you and your dog.  For these habits you might need to look elsewhere for some help. Possibly a dog behavioural therapist. These habits may include underlying emotional issues such as fear. These habits should be looked into as soon as possible as this can really impact your dogs wellbeing.

Here is a list of issues that commonly worry dog owners(most reason people ask how to stop dogs behaving badly):

If you are worried about your dogs behaviour then it is important to seek help. This is not only for your dogs sake and their happiness but yours as well. It’s important your take your dogs emotions and behaviour seriously and it could be early signs of issues or even underlying problems that need serious attention. Particularly any signs of aggression towards people or other dogs. Some issues are more serious than others, but its best to get to them as early as possible. This way they get out of the habit as soon as possible and nip it in the bud early. So a big pat on the back for going out of your way to find out more.

Lucky for you its never too late to train a dog despite what some people may say. All you need to have is a good understanding of why it is your dog is behaving badly in the first place.

Does my dog really need help?

If its only a tiny issue, like not recalling properly or not sitting when asked, check out some of our other training blogs for some tips and tricks to help out.

Its important to keep training your dog no matter their age. It is true that training good habits and basic commands, is much easier as a puppy than as an adult. But on the contrary it’s simply wrong to think that an older dog cannot be helped or changed.

Sadly it’s not always as simple as reading online and sorting it out at home. Sometimes you may need to seek expert help, as you may not realise what exactly it is you’re doing wrong/not correcting to help your dog. These issue may include very aggressive dogs and dogs with lots of fear.

Why is my dog behaving SO badly?

There are a hundred and one reasons that dogs do the things they do. Some dogs behaviours are purely instinctive. They are perfectly acceptable in dog society and also working dog societies. But for humans living with dogs, these doggy behaviours my not be 100% appropriate or acceptable.

A few of these unwanted behaviours stem from fear or anxiety. Some adolescent dogs often go through times of behaving very badly. Sometimes an experience earlier in the dogs life has actually taught it to behave in a certain way. But… There is hope at the end of the tunnel. Any age dog can be taught new tricks, it just time and patience. It’s not too late to retrain your dogs bad habits! 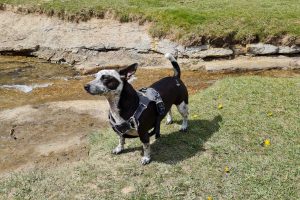 Other reasons your dog may be acting up is its breed. Many different dogs have a lot of different traits and characteristics. This could be why your dog is ‘acting up’. This is how to stop dogs behaving badly.

Greyhounds and Wolfhounds for example are bread for chasing and hunting rabbits, its their instinct to chase and kill. You may find breads with similar hunting instincts to often run away from you or tug at the lead often.

Other breads like Border Collies for example are herding animals they require an immense amount of running and activity to burn off their incredible amount of energy. If you have a dog with similar traits you may find them jumping about a lot at home or on people. This will be down to them not getting enough exercise.

Terriers were bred to be ratters. They’re bold and fearless, will fight back if they are cornered and just love to chase, dig and destroy. That’s what they are hardwired to do and it’s what makes them such courageous little characters.

Most of your dogs issues could just come from their natural urges, so finding a creative way to release some of that energy could be the trick to calming your dog down.

If you want to know how to stop dogs behaving badly, then this might be the information you’ve been looking for. Not all unwanted dog behaviours and issues stem from breed or nature. Sometimes it can be caused by anxiety. It’s very important to be able to tell the difference between an anxious dog and a bored dog as the two training programs are very different. This has happened in the past to some dog owners and the problems have only gotten worse. This is why it would be important to have a qualified dog behaviourist take a look and give the the right guidance you need. They should be able to tell you relatively quickly through there body language what your dog is up too.

My ‘go to’ when anyone asks me/tells me they have some sort of issue with their dog, is ‘Have you been or spoken to the vet?’. Your vet should be able to fully examine your dog and tell your if your dog is in any pain or has any neurological issues that might be affecting your dogs behaviour. Another top tip would be to ask your vet about their diet, what’s the best food for your dogs breed? Simple changes to their diet can hugely affect your dogs anxiety and energy levels.

Where to get help for dogs behaving VERY badly?

If your dog is becoming uncontrollable and behaving very badly, or you would just like some definitive answers on why your dog behaves like they do. Here are some of the best places and people to speak to: 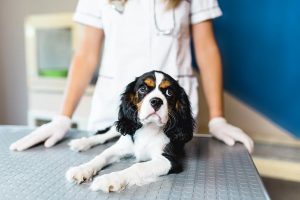 Speak to your vet

This should be your first port of call. Your vet is your best friend in these situations and should be able to give you all the information you’re after. Make sure you keep a food journal and make any extra notes on your dogs behaviour before you go. This way you’ll be able to give him all the details he needs with better accuracy.

Go to a trainer

If you feel you and your dog could do with some extra training(yes that’s right, YOU may also need some training), you should consider going to some dog training classes or private sessions with a qualified trainer. My personal opinion would be to use a APDT trainer as they train with reward based systems.

If all the above fail and/or you’re still having trouble figuring out a particular issue or behaviour you cant get rid of. A certified behaviourist could be the way to go. They’ll work directly with your dog and be able to tell you based on your dogs body language what is causing your dog to do what its doing. Not only that, they will show you a plan to put in place to train your dog to help not only you but also your dog!

Congratulations! You’ve finished our blog on how to stop dogs behaving badly! Want More?! Check out some of our other fantastic blogs… Click Here to view more. Don’t forget to check out our Instagram, Facebook & Twitter. 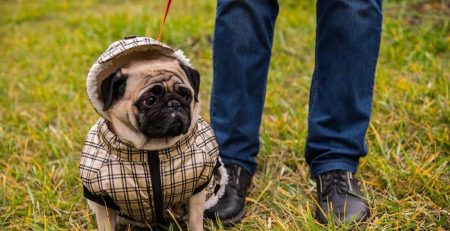 Are You In The Market For A New Dog Raincoat Or The Best Waterproof Dog Coat? You've come to the... read more 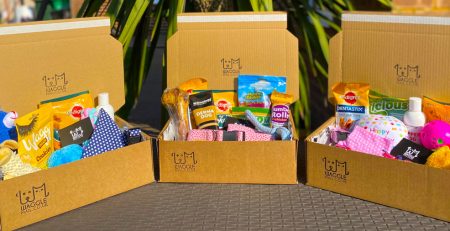 I know what you’re thinking, you’ve seen our prices and you think our products will be the same old... read more 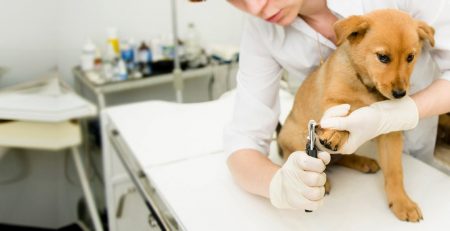 How To Cut Your Dogs Nails/Claws Safely

Why It's Important To Cut Your Dogs Nails? Trimming and grooming your dogs nails is an essential part of being... read more 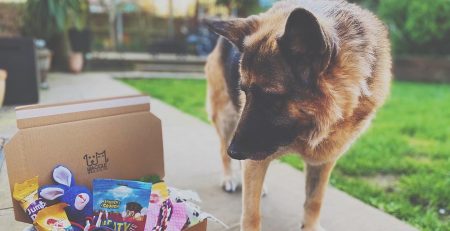 A little bit about us At Waggle Mail, we think your dog deserves only the best. We are a family... read more 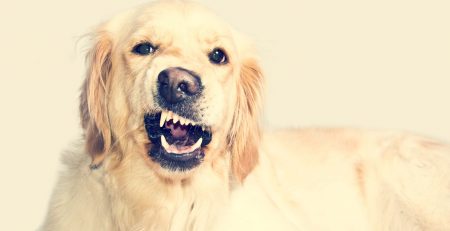 How To Stop Dogs Barking!

Barking is a natural way for dogs to vocally communicate and get across their emotions. But sometimes, when it... read more 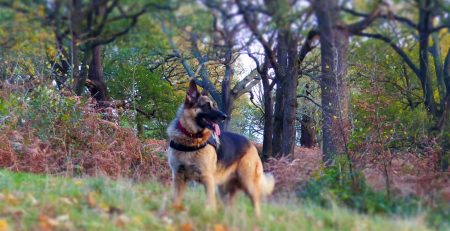 WHY IS IT SO IMPORTANT TO WALK YOUR DOG?

Every dog owner has had first-hand experience of the excitement and joy that fills a dog when the word... read more 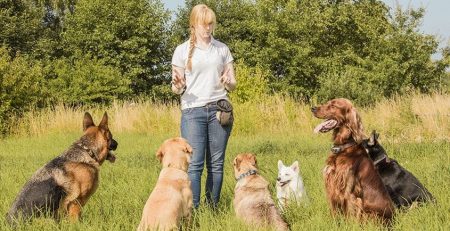 How To Train Your Dog: Basic Commands! Dog Training 101 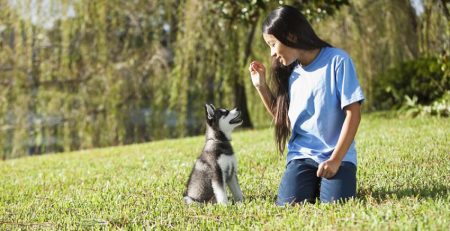 How To Train Your Dog To Come To You: Dog Training 101

All dogs need a good run off-lead in a safe place at least once a day to help them... read more

How To Cut Your Dogs Nails/Claws Safely